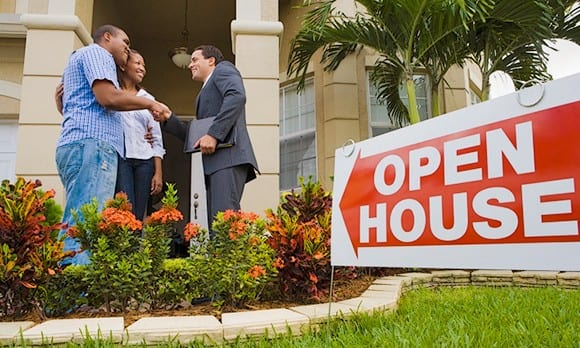 At the close of last year, many real estate experts predicted the U.S. Federal Reserve would raise interest rates in 2015. That prediction never came to be, but even if rates rise later this month or next year, Ralph McLaughlin, a housing economist at Trulia, doesn’t think it will scare away many buyers.

If rates do increase, it could be as little as a quarter percent. McLaughlin doesn’t expect that to have a big impact on the market, but it could temper home price growth, “which is good news for prospective homebuyers,” he says. “Interest rates won’t have much of an effect on the ‘rent versus buy’ math,” he explains. “Buying would still be cheaper than renting in most metros around the country.”

The threat of last year’s rumored rate increase propelled some prospective buyers into action, but Nela Richardson, chief economist for national real estate brokerage Redfin, doesn’t see that same pattern repeating itself. “Buyers now don’t seem to be all that spurred or driven by a rate increase,” she says. “That lack of urgency will translate into next year’s housing market. There’s interest, but there’s not a lot of inventory to buy.”

Here’s a look at real estate trends to expect heading into the new year.

1. Cooling coastal markets. Metropolitan areas on the West Coast and in the Northeast have been hot real estate markets during the past several years, but McLaughlin says some of the country’s priciest housing markets are showing signs of slowing. “Particularly in places like San Francisco, San Jose, Southern California and also some places in the Northeast, we’re finding that homes in those markets … [are] starting to slow down slightly from the previous year,” he says, adding that home prices in those areas may also cool.

2. Booming bargain belt. As the Northeast and West Coast cools, McLaughlin expects the “bargain belt” (metro areas in the South) to boom in the coming year. “In metros like Winston-Salem, [North Carolina], we’ve seen the biggest year-over-year increase in how quickly homes move off the market,” he adds.

Michele Silverman Bedell, owner and CEO of Silversons, a residential real estate agency based in Westchester, New York, also sees buyers migrating south. “A lot of people are thinking about selling in the Northeast,” she says. “A lot of baby boomers, and even young people, are thinking of moving south to be out of the cold.” It doesn’t hurt that housing is more affordable, too. Zillow reports that the median sale price for Winston-Salem was $130,150 as of Oct. 31. On the other hand, the median sale price for New York City was more than four times as much ($599,900) for that same time period.

3. Demand for amenity-rich suburbs. As some buyers get priced out of city centers, they’re looking at suburban housing – but in a different light than in the past. “People’s preferences have started to change,” says Svenja Gudell, Zillow’s chief economist. “They’re searching for amenity-rich suburbs [and] choosing this type of housing over the cul-de-sac in the suburbs.” These amenities might include easy access to grocery stores, dry cleaners and other conveniences near home.

“Walkability factor is a big trend,” Bedell adds. “A lot of [buyers] choose to live in areas that are close to stores, trains and highways where they can have a lot of their conveniences.” She says young families often want suburbs that still offer an urban feel.

4. Older first-time buyers. Richardson predicts that some Gen Xers, especially those with growing families who haven’t bought real estate in the past, will finally enter the market next year. “They’ve had some steady income, and they haven’t been too affected by the earlier downturn in the labor market,” she says. “They may have missed out on buying at the bottom, but they could be ready to buy next year.”

A study of generational homebuying trends by the National Association of Realtors earlier this year found that Generation X (ages 35 to 49) made up just over a quarter of recent buyers, while millennials (those 34 and younger) made up 32 percent. As boomers age, they’ll likely continue to downsize, trading McMansions for smaller, more manageable living spaces.

5. Millennials trading up. Millennials who already own condos or starter homes may be looking to trade up for more space in 2016, especially as they’re combining households and starting families. Trouble is, inventory is low in many markets, as some homeowners choose to renovate their homes to fit their needs rather than sell. “People are trying to trade up,” Bedell says, “but there’s not much on the market currently.”