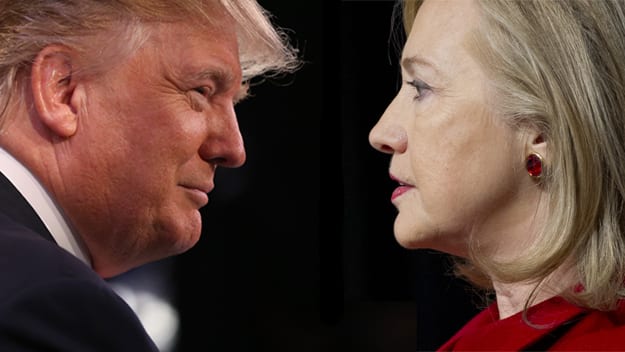 Which Candidate is Better For The Housing Market?

A new poll commissioned by the National Association of Home Builders to gauge public sentiment on the value of homeownership and government programs that encourage homeownership and housing production concluded that an overwhelming four-out-of-five Americans believe that owning a home is a good investment. With the political season shifting into high gear from a year of already intense, in your face advertising, we can safely say that the tensions have risen when it comes to the the future of our country.

Looking at past history, the Presidential election and the voters’ attitudes towards it often has an impact on consumer spending habits. The low consumer confidence has the developers feeling the pinch. With that being said, out of a nationwide survey consisting of more than 2,800 registered voters, “The survey shows that most Americans believe that owning a home remains an integral part of the American Dream and that policymakers need to take active steps to encourage and protect homeownership,” said NAHB Chairman Ed Brady.

With the RNC and DNC conventions concluded, who would be the better President for the U.S. housing market? What are the challenges Americans will face with each candidate? Most of it, not surprisingly boils down to money. Cotton & Company has always seen a decline in sales and even in ROI during these months leading up to an election. Being in the business for as many years as we have we know how to deal with recurring situations and produce results for our clients.

The survey was evenly split on which presidential candidate would be best for housing.

Among those polled, the end result was a positive direction. Younger demographics are weighing in and showing interests in becoming homeowners. A higher percentage claimed “now is a good time to buy a home,” and most would want to buy one in the next 3 years. Anyway you look at it, the impact will be positive no matter who moves into the big white house on Pennsylvania Ave.