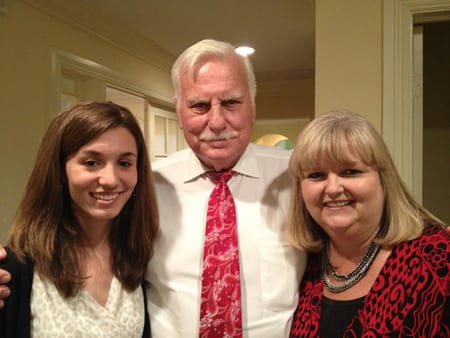 Coach Schnellenberger Leading the Charge to Stop Texting and Driving

As the Offensive Coordinator for the 1972 Miami Dolphins, Coach Howard Schnellenberger became famous for winning football games and the ‘72 Dolphins remain the only undefeated team in NFL history. The coach went on to become a legendary college head coach for the Universities of Oklahoma,Louisville and Miami, where he won a National Championship. After retiring from football as the head coach of Florida Atlantic in 2011, the coach continues to work with young students as he faces an even more ominous opponent.

Featured on Miami’s WSVN, Coach Schnellenberger is bringing attention to the growing epidemic of texting and driving. Notably, 49% of drivers with cell phones under the age of 35 send or read text messages while driving, even though a texting driver is 23 times more likely to get into a crash than a non-texting driver. The age group with the greatest proportion of distracted drivers was the under-20 age group. Having witnessed too many tragedies amongst young people, the Coach is now working with the team from 3i Tech Works in Boca Raton to deliver a solution that teens will utilize.

While the awareness of the problem is gaining momentum, the lack of a viable solution has been noticeably absent, until now. “No text is worth dying 4” is the headline on the Facebook page for FreeSafeText, an innovative Android app now available for FREE download. The GPS-activated app automatically responds to incoming texts while the phone is in motion. The driver avoids the temptation to answer the text as all communication is responded to immediately, without interrupting the driver.

Managing the social marketing outreach for FreeSafeText.com, Cotton & Company is utilizing digital marketing and video content to reach a young demographic of Android users. The Cotton team is energized by the opportunity to make a difference in a social cause that affects millions of drivers and their families on a daily basis. We encourage you to visit FreeSafeText.com to join Cotton & Coach Schnellenberger in our efforts to spread the word and save lives.