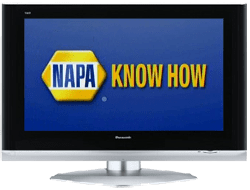 Ugh. It’s that damn song again. I can’t get it out of my head. “NAPA know how, Napa know how”If you’re an avid sports fan, odds are you tuned in for some March Madness. And if you did, then you are like millions of others who were introduced to Napa’s “catchy” little jingle. The funny thing is I saw more negative comments about this tune on the Internet and Twitter than I can count. But you know what? It worked. I don’t have numbers to quote, but I think it’s safe to assume, from pure media spend, that Capitol One dominated the commercial rotation during the tournament. And as good as Alec Baldwin may have been, I don’t see too many people talking about his appearance in the spots. Nope. It’s all about that damn Napa know-how song.